The winning idea for the project clearly identified the public importance of the building, expressing this with the same simplicity, rigour and innovation that characterises the scientific research to take place there. To clearly set the IRB apart from the other buildings in the area, the height has been limited to three floors (six were permitted). The aim was to “build in the park”, that is, in relation to the crowns of the trees. 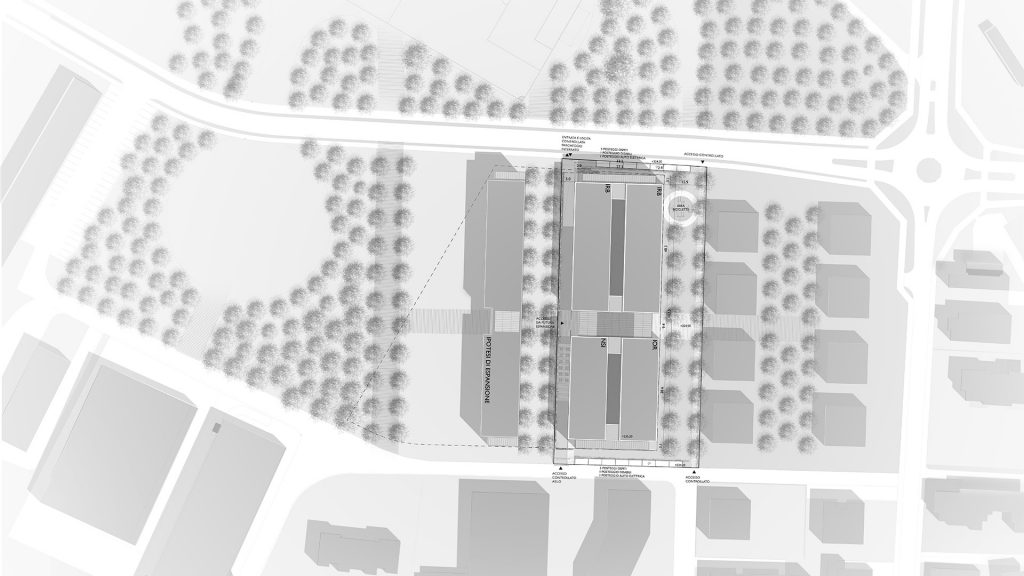 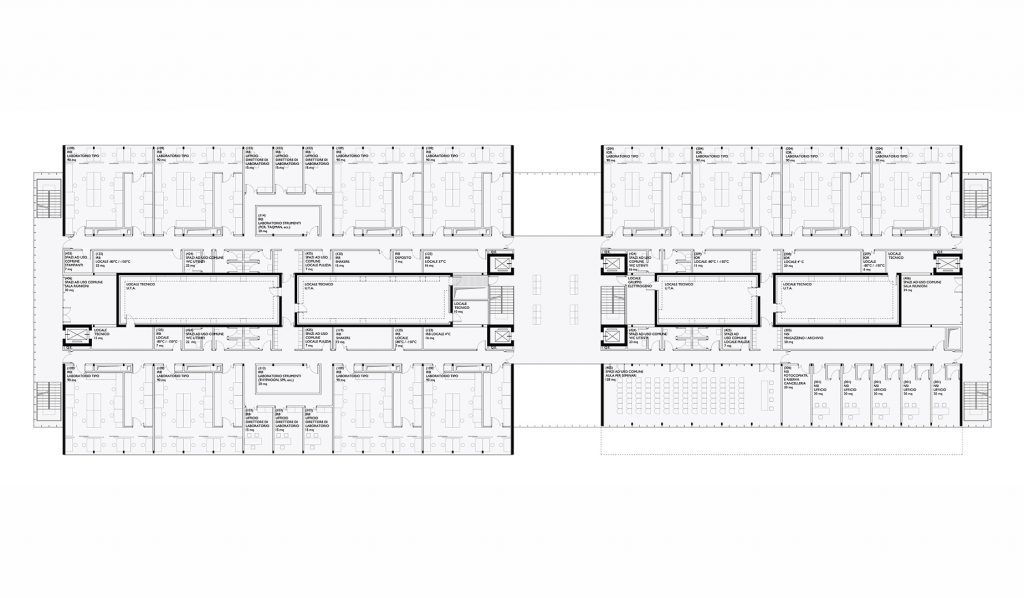 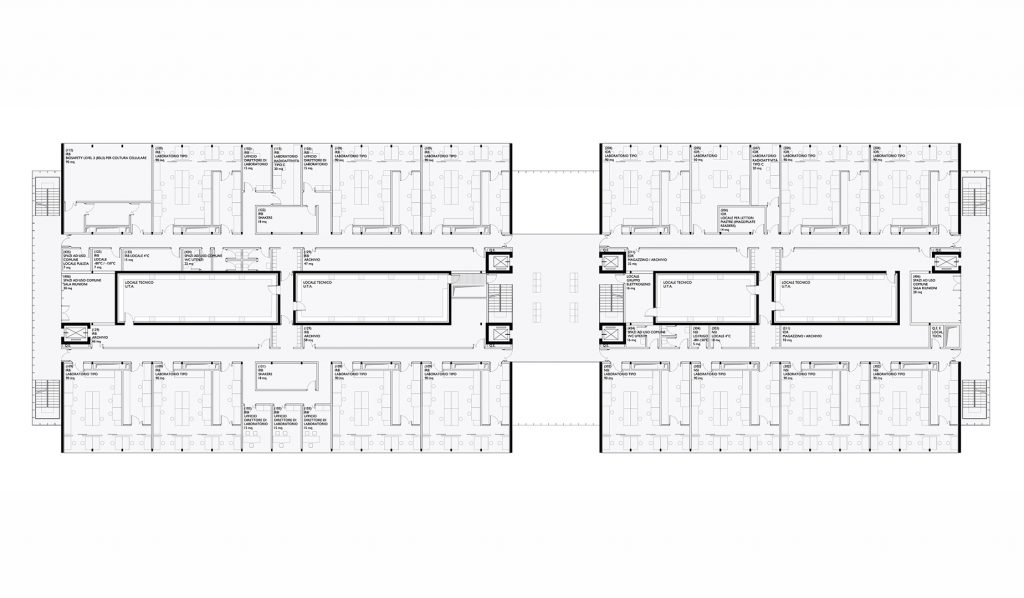 To clearly set the IRB apart from the other buildings in the area, the height has been limited to three floors (six were permitted). The aim was to “build in the park”, that is, in relation to the crowns of the trees. The insertion of the building on the site, which lies between two urban roads, and the design of the external spaces, from a purely urban planning perspective, is part of the planned future development of a scientific cluster in the large urban park south of the Bagno Pubblico (a debut work by Aurelio Galfetti). The design rigour is expressed in a spare static structure arranged over three floors (in addition to the basement), of which the upper two rest on a solid precompressed base. This plan clearly expresses the identity of the new building, which is based on the horizontal organisation of the laboratory spaces on the second and third levels. These bright spaces are totally open to the landscape and the city 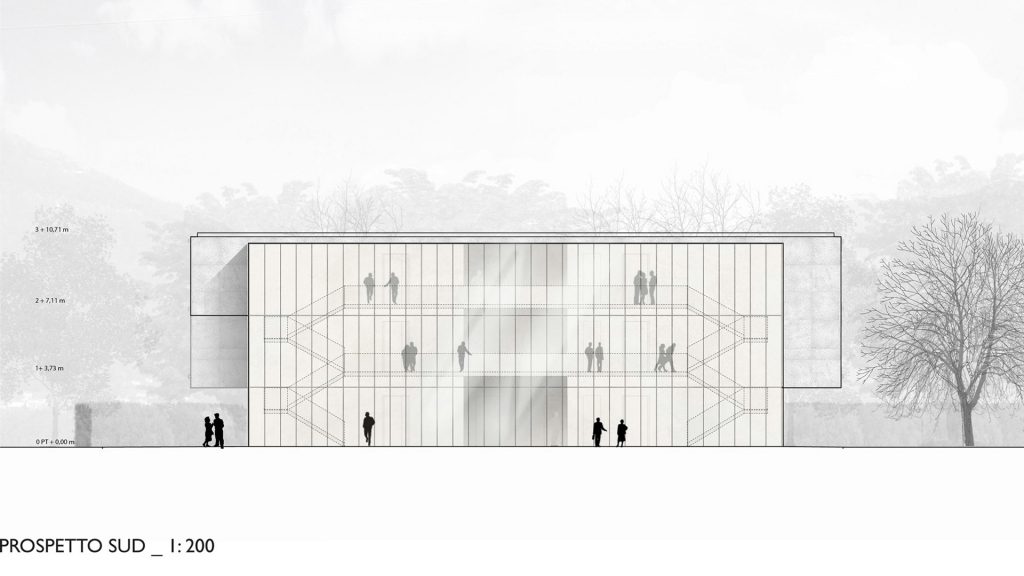 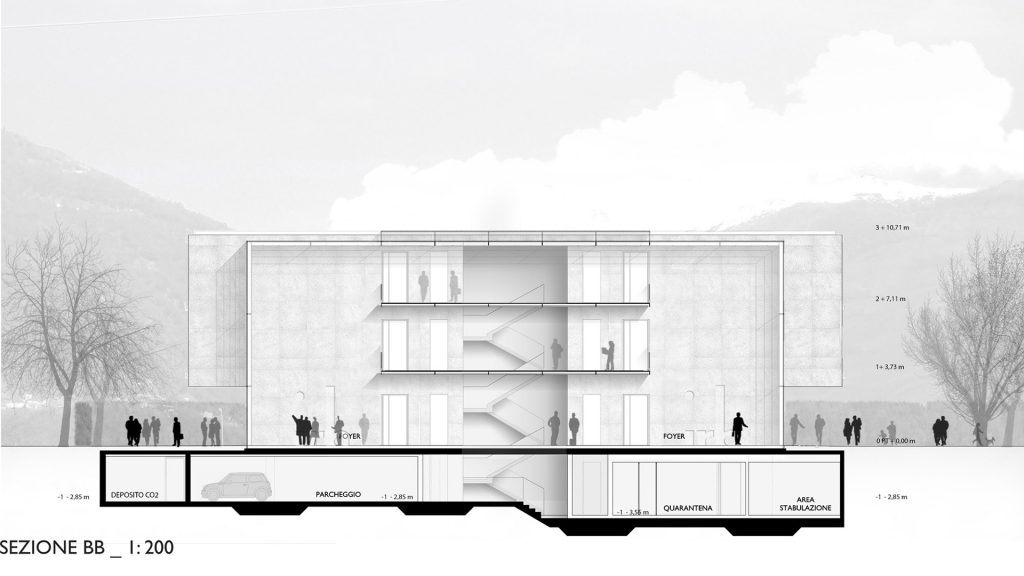 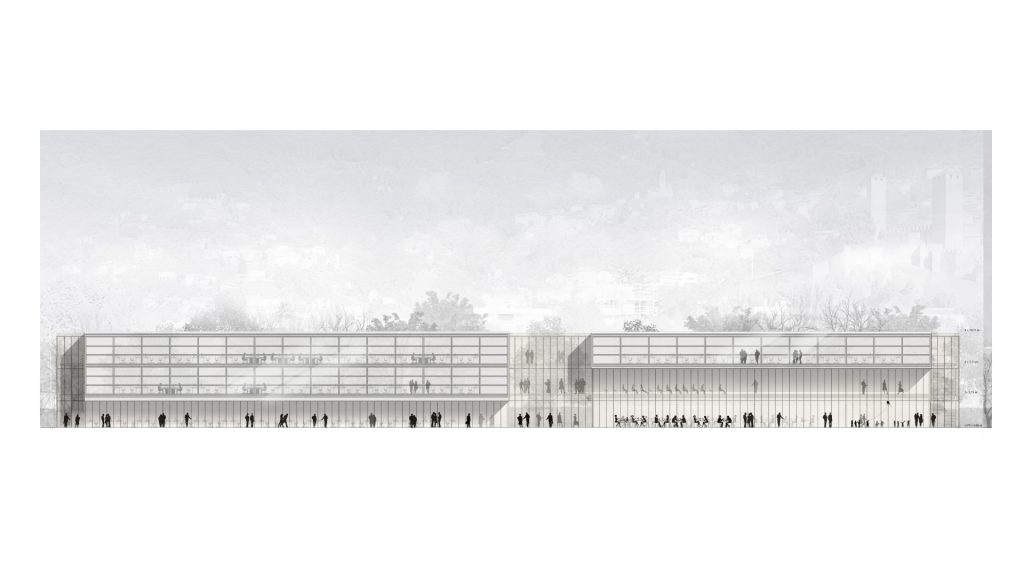 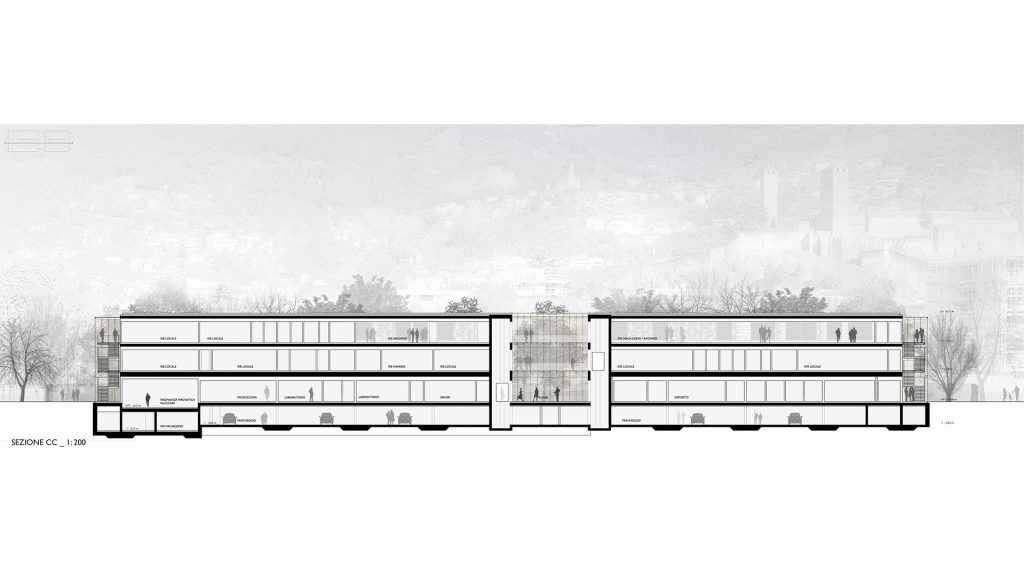 The research units are identified by two superposed bands of ribbon windows: large crystal-clear expanses of glazing devoid of external accessories, which emphasise the special character of the building in its context, and harmonise with its intended use. These continuous windows extend to the central, tripleheight atrium, which constitutes the main architectural idea of the design. This space constitutes the building entrance, a connecting element between the two blocks, a horizontal and vertical circulation crossroads, and above all a meeting area. The bulky technological apparatus is located on each floor in courtyards that act as the “dorsal spine” of the building. This optimises the connection between the machinery and the laboratories, limits the height of the structure, and transforms the roof, which is easily visible from the adjacent buildings, into a fifth facade. The work was made more challenging by the proposal to include a photovoltaic system on the building’s roof.